All About Mechanical Slots 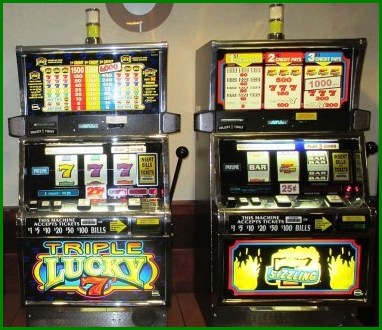 Slots featuring mechanical reels have been featured by casinos for decades. Till today, the one arm bandit has a considerably large following of loyal slot enthusiasts, especially in the US, UK and Australia, where slots are the most played games in any casino. With the mechanical slots, designers can do very little with the format because of the many moving parts that make up mechanical slot machines.

In this chapter we are going to discuss how mechanical slot machines have evolved through the ages and what slot designers and programmers have been able to do with the slot games in terms of design and the odds that are offered which lead to a desirable outcome for the players.

Whether at the casino or online, most modern day slots are played in video screens. But that hasn’t lessened the popularity of slot machines that feature mechanical reels, especially the slots featuring the traditional three reels. The only difference in today’s mechanical slots is that the reels are driven by software programs that are similar to the video slots.

But, there are few things that the player has to understand before they start playing.

For decades casino slot machines used a system that determined each game’s payback percentage based on the number of symbols on the reels and the payoff on every winning jackpot. That all has changed with the arrival of modern slot machines and especially video slots. Nowadays, a random number generator determines which symbol appears on the virtual reels.

While this doesn’t mean that the result you get will be better or worse, it does mean that the numbers that are generated are going to be different, as compared to if you had kept the pace. What this means that if the player after you hits the jackpot on the slot machine you were playing it does not mean that you would have won that jackpot if you had continued to play. 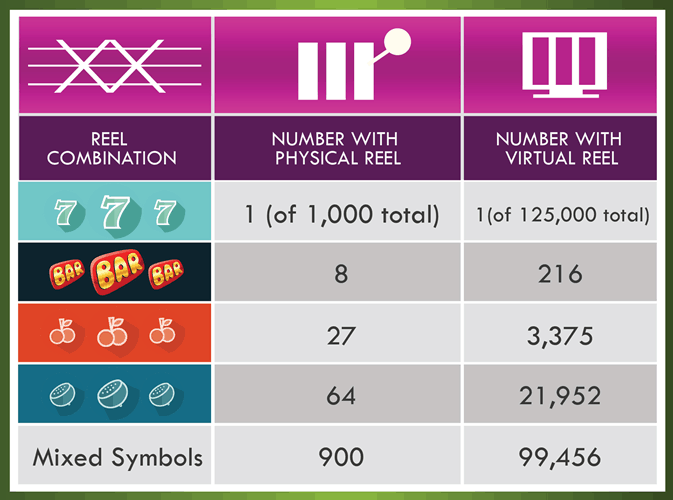 Let’s take a closer look at the way virtual reels work in comparison to the traditionally used mechanical reels. With the odds being determined by the mechanical powered reels the chances of lining up the winning combination which is for example 7-7-7, was 1 in a thousand. This meant that the jackpot of the slot machine could not be very large.

In slots that were using the three symbol combinations it would still be extremely difficult to come up with a large jackpot of a few hundred coins. But, by mapping those same symbols and stops on the mechanical reels on to a virtual reel the chances of hitting the jackpot are 1 in 125,000. The modern virtual reels on the video slots make it possible for a jackpot of thousands of coins, along with significantly increasing the paybacks on the other symbols as well.

This means that slot game developers are able to provide players with games that are less volatile since they now have the capabilities of creating smaller jackpots and can also increase the paybacks on lesser wins. The introduction of virtual reels on video slots machines of today makes it easy to adjust all variables, making room for many possibilities.

As compared to the traditional slot machines that did not give much space to the developers to make large jackpots possible with the modest number of 1,000 combinations.

It is true when it comes to playing the slots that winning more often doesn’t necessarily translate into winning the most money. Of course, this observation has its fair share of supporters and critics, below are the two concepts of hit frequency and payback percentage;

We can get a better idea of both these concepts by imagining two separate slot games that have similar pay tables but have hit frequencies that are both very different. If the two slots were placed beside each other, they would appear identical to the onlooker. Both would be displaying the paybacks to the winning combinations, which would both be identical. This would make it extremely hard for any player to tell the difference between the two slot machines’ hit frequency and their respective payback percentages.

Now, let’s make things interesting. What if the slot developer wanted to make a slot machine that has a hit frequency of a particular slot game but the payback percentage of another slot? One way to get this result is by making adjustments to the pay table.

One can see that the large payoffs on the cherries symbol is enough to get a 95.38% payback percentage for Game A, while Game B is down to 88%. So, the slot machine with the highest hit frequency is the one that pays lowest. With this example it seems that the player is able to tell which slot machine is the highest payer, since Game A pays more on the cherries symbol both times and has a higher payback percentage as well. In the diagram above Game A pays more on the cherries symbol and has a better payback percentage, making it appear to be the higher payer as compared to Game B. But, appearances can be deceiving. By looking at another example we can get a better picture of which game offers a higher winning combination. Again, we will be using the example of 10,000 possible reel combinations.

Now, let’s take a closer look at the three symbol combo while adjusting the number of winners in each of the combos;

With such a large amount of spins that are paying low in Game B, it is easy to see that it has a low volatility. This also is the cause of extending the game play. The slot games that have such a large difference when it comes to hit frequencies with a small difference in payback percentage shows us of the amount of flexibility the slot designers are allowed to have while designing different slot machines.

Even if both slots used different combinations, the two games would have almost identical percentages when it came to paybacks, but would be totally different gaming experiences. This makes Game B the better choice for players who want to extend their game play duration while Game A is the best choice for those who want to win big.

When it comes to the 3-reel mechanical slots, the hit frequencies are normally around 5.76% and can go all the way up to 25.31%. The games that feature more paylines usually have higher hit frequencies. 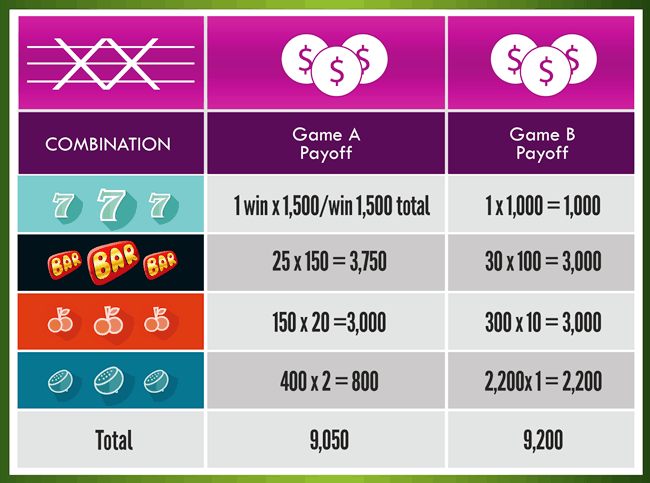 Contrary to popular belief, slot machines aren’t that simple to design. The following are some of the factors which determine the winning combination. The examples that have been provided above is to help elaborate these principles, which is that the real mechanical slots that use real math are considered to be complex as well, but not as complex as the modern slot machine.

In 3-reel games where four symbols are used, the game programmers are not confined to using particular sets of numbers which are able to create 10,000 possible combinations. As compared to this the large jackpot slots work with numbers that are much larger. Here are a few more factors that add to the complications and fun in the mechanical powered slot games which you can find mostly on the modern casino floor;

The slots that feature multiple paylines offer far more possibilities of winning combinations while adding to the complexity of the algorithms. Modern slot game designers are able to use three lines across the screen including two diagonal lines. More lines can also be added by creating zigzags or Vs which are designs that are very similar to the video slots. More recently, game designers have been able to make 3-reel slots that feature as many as 27 paylines.

Even bonus games complicate the algorithms that are used in these slots. But regardless of that fact, there are many 3-reel slots that feature bonus wheels, free spins and secondary screens that creates the illusion of a mechanically powered slot machine. Since bonus games are such a big part of slots, their payouts also need to be included when calculating the overall returns of a slot machine.