One of the many joint productions, between Microgaming and Just For The Win, Silverback Multiplier Mountain is a jungle themed slot machine. It’s not the type to stand out, at least if you look only at its design and symbols, but luckily things change once you look at its potential.

As a game which takes us into the jungle, it’s going to have a Silverback gorilla in the main role, along with leopards, monkeys and a couple of birds. The lower value icons show us five Royals, starting with the 10, and ending with the Ace. They’ve also added scatters and Gold Coin Wilds among those symbols.

Just For The Win is the developer that worked on Silverback Multiplier Mountain, and they are making it available as an exclusive title on Microgaming’s platform. They’ve designed several excellent slots in recent years, mostly for their partner, and they’ve done well with this one as well. 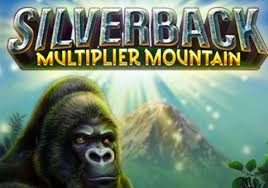 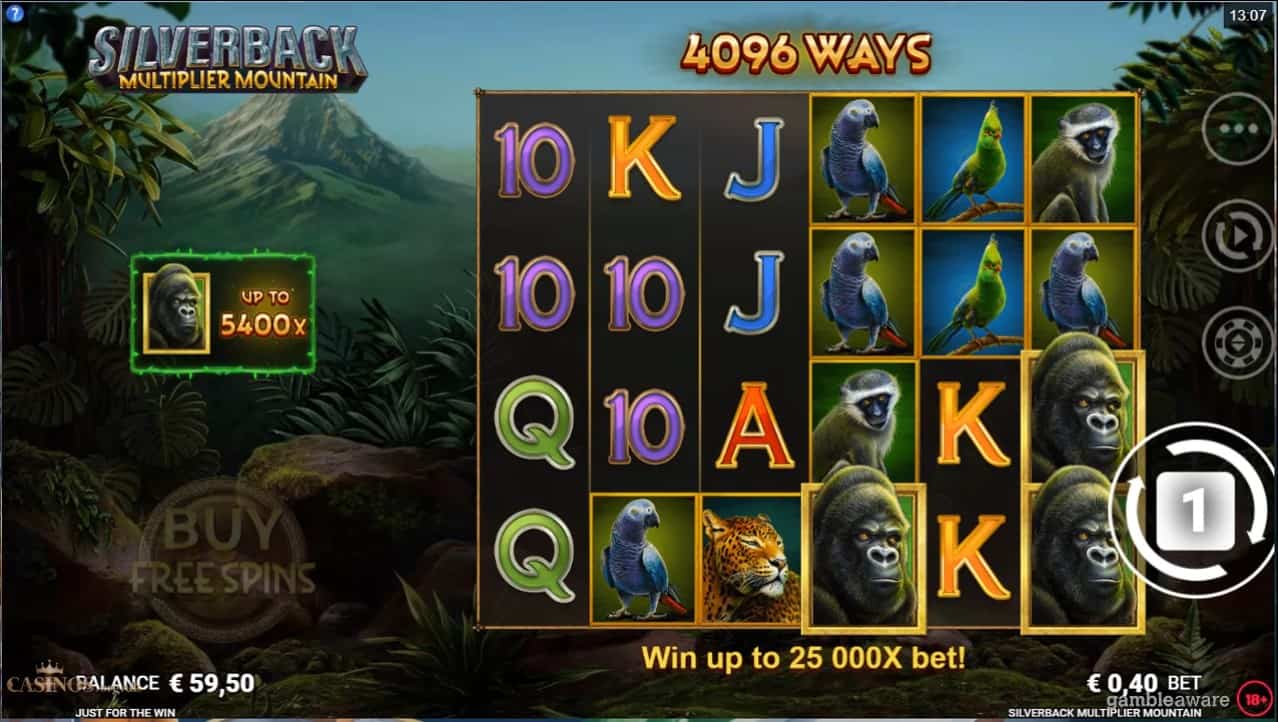 Being capable of paying very well, the slot doesn’t have a large betting range, and the options offered are only between $0.20 and $10 per spin.

As for the way you can play it, Silverback Multiplier Mountain features 6×4 reels and 4096 ways to win. You can create a combo when you have 3 or more symbols on consecutive reels, left to right.

Among its main features, Silverback Multiplier Mountain will have the image of a Golden Coin in the role of the wild. You may use this one as a standard replacement, which means that you can have it take the place of a regular symbol. If it ends up creating its own combinations, by appearing on 3 or more reels, it has its own prizes to pay, which match the amount offered by the top regular symbol (7.5x the stake).

The other one is a scatter, which shows us the image of a mountain. In its case, it matters how many times it appears on the reels, as having 3 to 6 present will get you 10 to 30 free games. The multiplier might start from 1x, but it will go up after winning spins. A win, or the appearance of one additional scatter, will also add 1 extra spin to the total.

Despite its rather barren features collection, Silverback Multiplier Mountain has very good rewards to give us. 25,000x the stake is better than what we’re seeing from some Megaways slots, so it’s an excellent game to consider if you’re into high volatility gameplay. Given the wagers which are possible, you could get paid up to $250,000 cash in one spin, if you’re using the maximum bet at the time.

Of course, the RTP is going to be at the right level, of 96.33%, so it’s considered fair, despite its volatility.

Silverback Multiplier Mountain is one of the more volatile slots on Microgaming’s platform, but it also has great potential, and that could very well make it a favorite for some types of players. While a lot of players are casuals, and they wouldn’t like how much they risk in this one, there are some experienced players which could enjoy it.

Keep in mind, you need to get to the free spins, in order to get the better payouts, since only then will the multipliers become available to you.