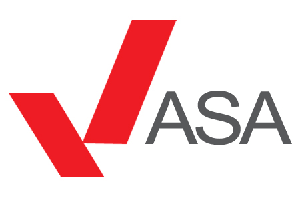 Both Bet365 and Coral tweeted about an online content containing a photo of the 21-year old Jordan Spieth while attending the Spieth Shootout annual charity event. The photo shows Spieth in the company of his family, holding up his U.S. Open trophy. Totesport on the other hand, had tweeted about a content that contained its latest odds and a photo of Spieth playing golf before the U.S. Open

Bet365 contends the tweet was purely conversational, which delved mainly on a key sporting event, and not intended as an advertisement. The bookmaker asserts that the tweet therefore does not pose as a violation of UK’s advertising code, and not one that constitutes socially irresponsibility. Besides, the tweet was not accessible nor directed to underage players.

Bet365 explained further that the message merely imparted the Texan-golfer’s US Open Championship victory. Although the message encouraged Bet365 followers to discuss their predictions on how many Major titles they think Spieth would still win this year, the tweet was devoid of any reference to betting odds, or any other product, promotional offers or betting services available at the Bet365 site.

Coral maintains that Spieth’s picture was used, merely to exemplify the odds. This bookmaker argued the tweet is about an editorial content communicating to Coral followers the American tennis player’s ranking as the World’s second best, after winning the 2015 Master and US Open championships. The purpose of which, is to cite an example of the odds and not as means to promote a specific Coral offer.

Totesport held the same argument stating that the ad featuring the American professional golfer does not present him as a gambler or playing a role depicting him as one. Moreover, the photo used in the ad does not demonstrate Spieth as a person exhibiting immature, loutish, or juvenile behavior.

Rule 16:1 of the Code is a general provision that requires operators to maintain social responsibility in communicating marketing campaigns, paying particular attention to the protection of children and those under the majority age.

Rule 16.3.14 specifically forbids the use of images of an individual who is, or even of a person who seems under 25 years of age, shown as gambling or playing an important role in any marketing missive. The Code, however, provides an exception to this rule, which ASA explained as allowing the use of an image of an individual aged between 18 and 24, to illustrate specific wagering selections as advertising feature, only if the marketing material is exhibited inside a betting facility, and that the individual is the subject of the betting product. Moreover, the image must be presented in the context of that specific bet and not of gambling in general.

Although the tweets did not present the marketing material directly, ASA gives emphasis to the Code provision that the prohibition applies to other forms of marketing communication, including the websites of traders, organizations, firms and other operator-controlled non-paid online spaces, linked directly to an operator’s transfer or supply of services, gifts and opportunities. ASA ruled the tweets made use of a social media that falls under the non-paid space under the control of an operator.