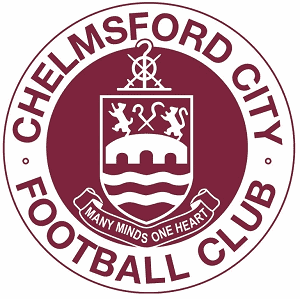 Titanbet.co.uk has signed an agreement with Chelmsford with an aim of continuing to expand its racecourse sponsorship. The racetrack event was made open to the public for the first time in 2015. The partnership commits Titanbet to sponsoring a total twenty race days at the UK’s newest racing tracks. The sponsorship began officially on the 26th of May this year. The agreement will be expected to go up to the months of August and September as the flat racing season approaches its conclusion.

Chelmsford City Racecourse manager was quoted expressing his excitement after signing the agreement between his company and Titanbet. Fraser Garrity, racecourse manager, said he was delighted by the fact that Titanbet will be sponsoring some racecourse games for them. “We’re pleased that Titanbet is sponsoring some races with us and are looking forward to starting the series at CCR on Thursday.” Fraser was quoted saying.

Titanbet has also entered into a partnership with the newly-crowned Europa League champions Sevilla Football Club. Other favorite supports by the company include the one for Josh Warrington, who is a featherweight boxer. Titanbet sponsored his World Boxing Council International Featherweight Title that took place in April.

Russell Yershon Titanbet spokesperson commented that the company was very optimistic about the partnership with Chelmsford City. He said that the firm expects the deal to create awareness of their brand throughout the U.K.

About Titanbet and Chelmsford City

Titanbet is a sports betting company that is powered by Playtech. The company is publicly traded, and it is featured on the London Stock Exchange. Titanbet provides its clients with an exceptional and fully-customisable betting experience. The company also has a mobile betting application that is thought to be the best. Customers get to enjoy live bets, pre-match betting lines and some of the best odds in the market. The experienced staff is focused on providing the U.K sports fan with the best betting experience around.